After another wonderful brunch at the Esperance Bird and Animal Park we make our way to Helms Arboretum (Mud Map SE35 ) to see if anything has flowered since we last visited a fortnight ago.

First stop was just off the highway where we decided to jump out and check closer, even though we could see nothing from looking out the Triton windows. Deb found the first orchids of the day. The Hairy-stemmed snail orchids (Pterostylis sp. ‘inland’) were in hoods, spread over the entire area.  Also found close-by were some Banded greenhoods (Pterostylis vittata). 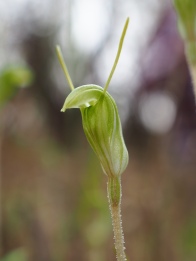 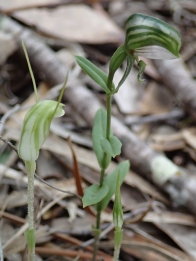 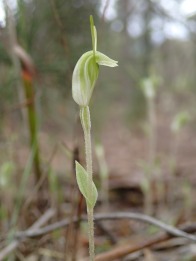 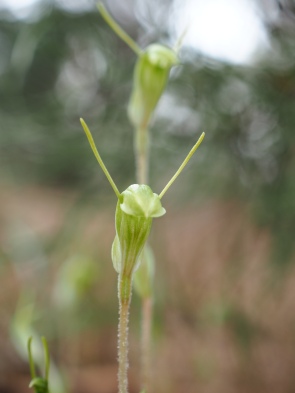 Watch out behind you!! 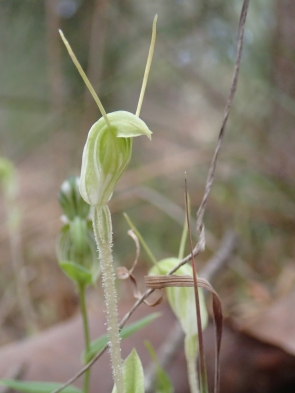 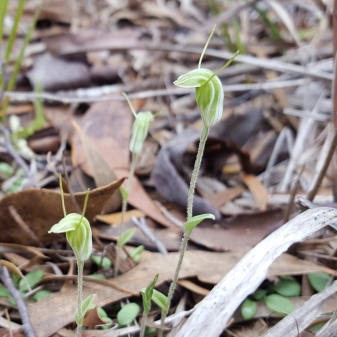 Further into the arboretum we find our first spider orchids of the season. Only two individual plants were found flowering and both are the Esperance king spider orchid (Caladenia decora). These flower August to October in a range from Bremer Bay to Cape Arid. 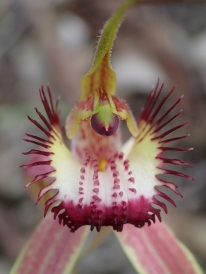 4 or more rows of pale to deep red calli 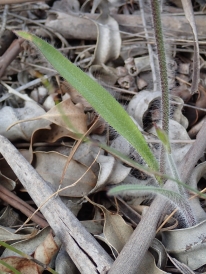 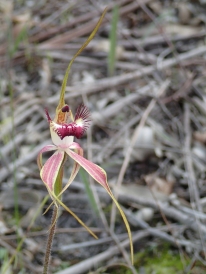 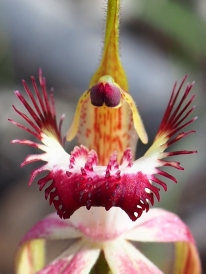 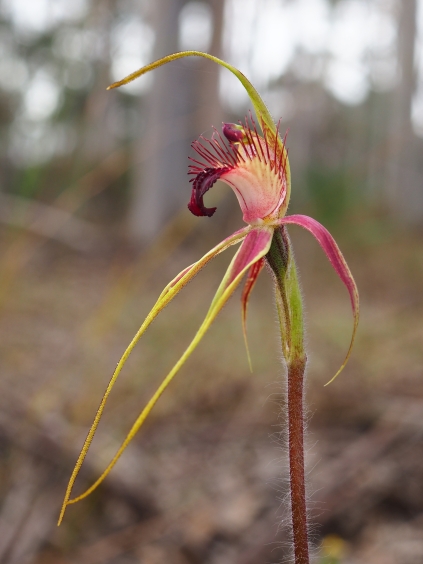 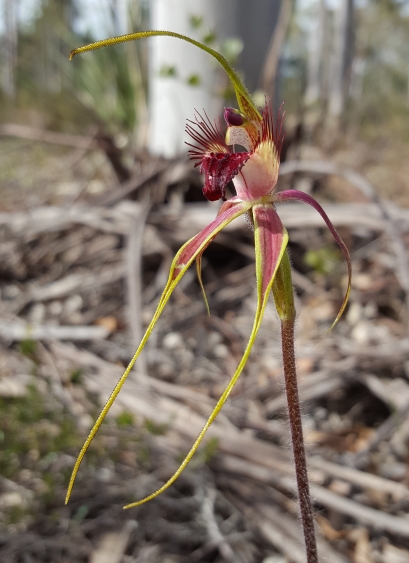 Long lateral sepals on this one

Other snail orchids are found which appear to be a different species, as they lack the hairy stem. Checking with my esteemed colleague Margaret P. it appears to be an unnamed species currently termed Pterostylis sp. ‘Helms Arboretum’ 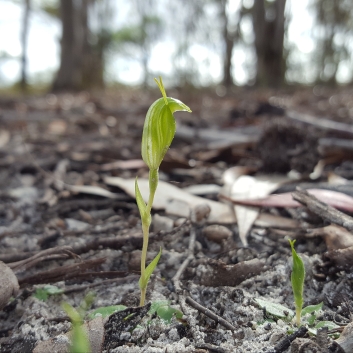 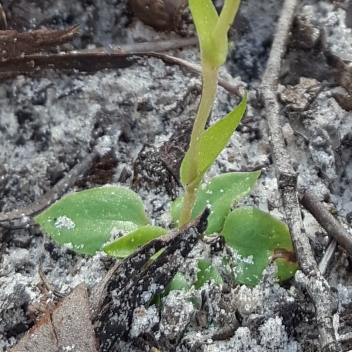 I also found a new patch of what appears to be Western tiny blue orchids (Cyanicula aperta) getting ready to bloom. 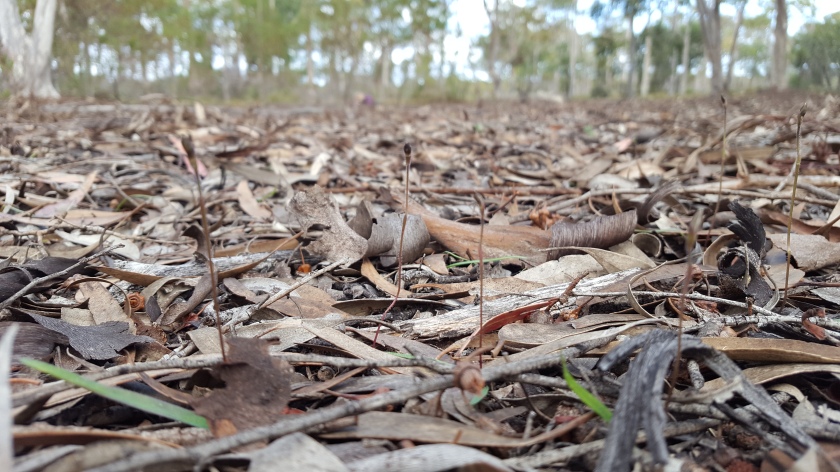 Group of 6 or more ready to flower 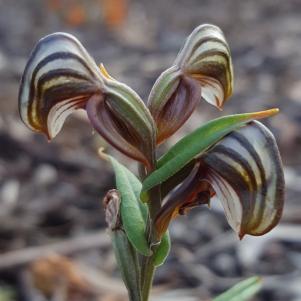 Nodding their heads in respect 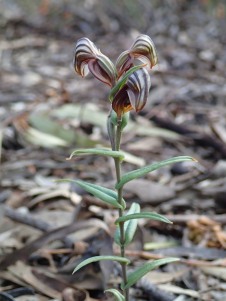 Multiple stem leaves – Up to 12 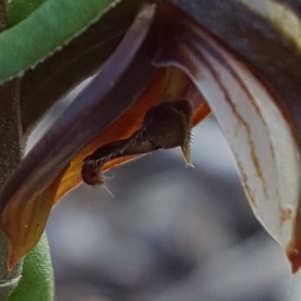