After a busy time in Perth it is time to head back home. Saying goodbye to mum n dad we make a stop at the Spud shed for fruit and veg before heading east into the hills on the Brookton Hwy. A spur of the moment decision had us take a turn north to find Mount Dale. This proved more difficult than we anticipated as I misread our Hema Map so thought we were on Omeo Road when in fact we were on Ashendon Road. However we did finally find Mt Dale picnic area, so had a quick look around but again unsuccessful in our orchid hunt. Views over the swan coastal plain though were amazing. 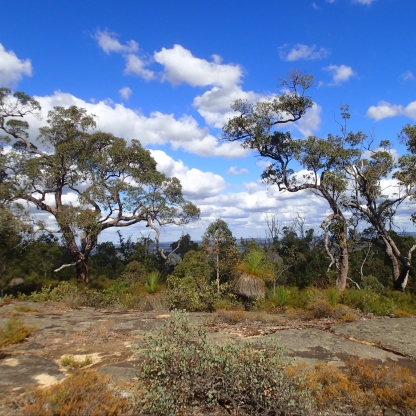 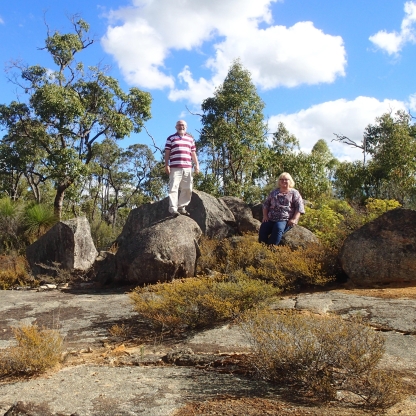 12 seconds to strike a pose

Running short on time we make tracks, eating our lunch on the go, with Williams Road (Mud Map SE 6) our planned next stop. This area had proved successful on previous visits so we had high hopes for it again today. Yet again we came away orchid-less. 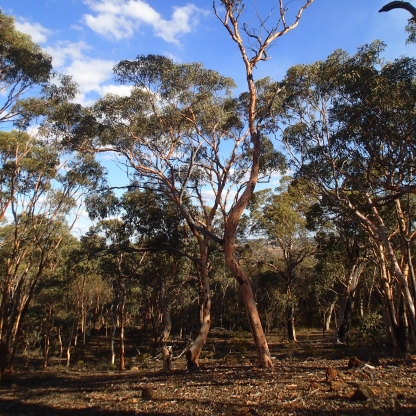 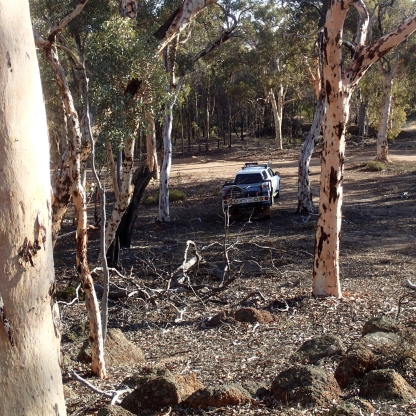 Looking down from the rocky hill

Disheartened we make tracks to see how far we could get before needing to pull over for the night. We made it to Gorge Rock Nature Reserve, east of Corrigin and make camp alongside 4 or so other caravaners. Not a great day, no orchids and not far in our travels back to Esperance. Oh well we have all day tomorrow.

After breakfast we leave the camper open for the sun to dry out the canvas whilst we go for a walk to the rock. No orchids found on the rock so we headed back, fully packed up and headed towards Kulin. Our first stop of the day was at the Kulin Road Nature Reserve. We walked around looking for around 15 minutes, however as we found nothing we soon moved on. Just west of Kulin we turned into a spot called Macrocarpa Trail. It was a circuit through a patch of Eucalyptus Macrocarpa, which we drove around, however as it was only 1.1km we could have walked it if we had more time. No orchids found but the flora was still spectacular. 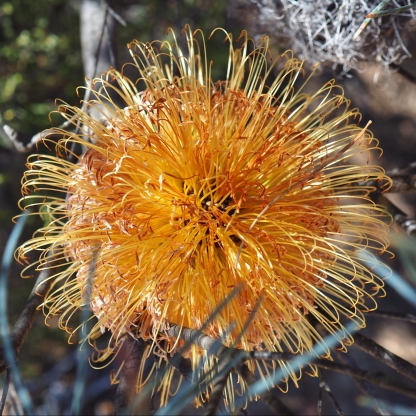 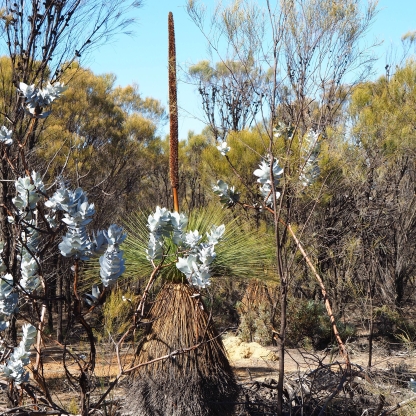 In Kulin we parked up to visit the toilets and discovered a great free overnight camp only metres off the main road through town. Will keep in mind for other visits. From here we head east along the Tin Horse Hwy where we make a small detour to check where Jilakin Rock was as we passed this by last year. A small parking area with some run down facilities, but as usual we are short on time, so chose to move on to Dragon Rocks Nature Reserve as a known location for orchids. At last we have been rewarded with some orchids. We find only White Bunny orchids, which appear to be Crinkle-leafed bunny orchid (Eriochilus dilatatus subsp. undulatus). 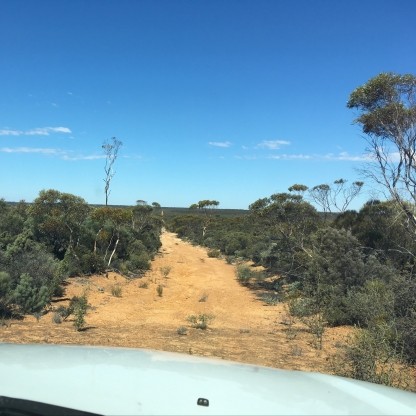 Named road , not much more than a track 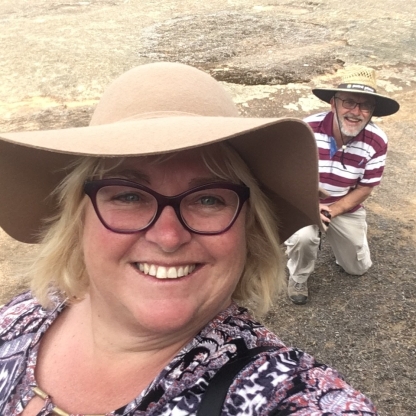 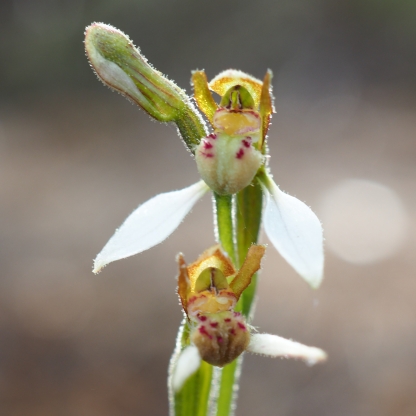 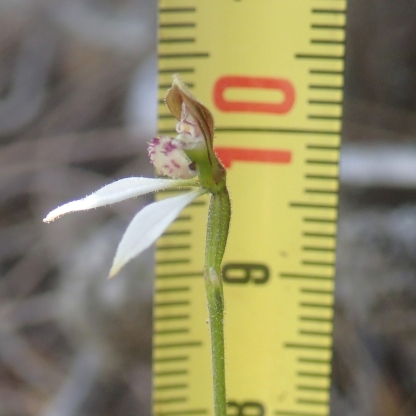 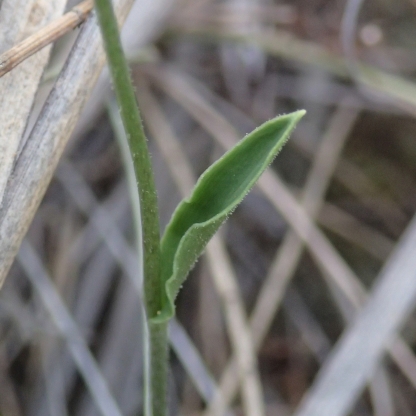 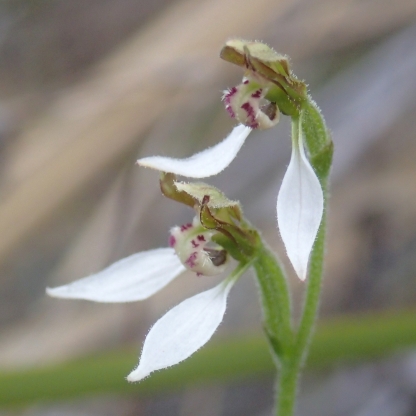 Only formally names in 2006

From here we make tracks for Pallarup Rocks another of our fall-back locations. We are not disappointed. More Crinkle-leafed bunny orchids and finally another species. In the very spot we had previously found Hare orchids a few years back, we again locate some Hare orchids (Leporella fimbriata). 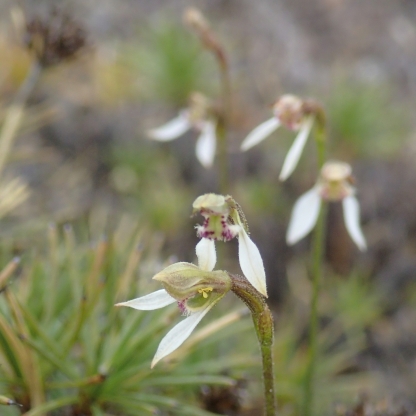 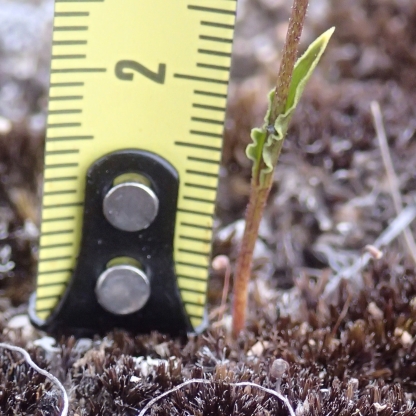 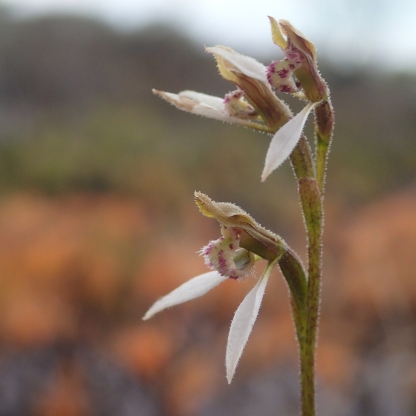 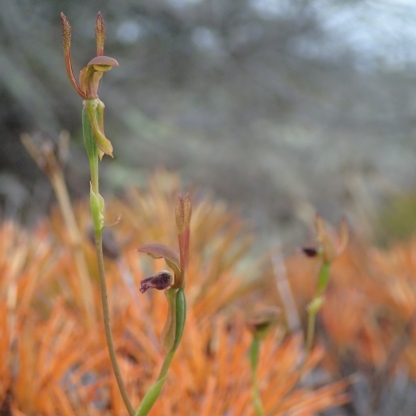 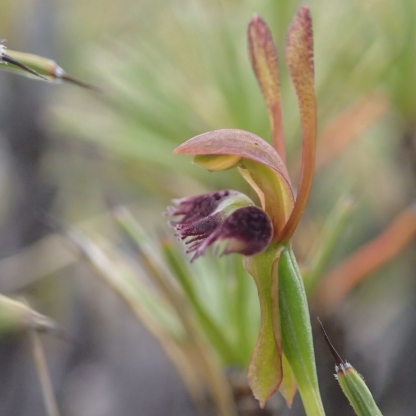 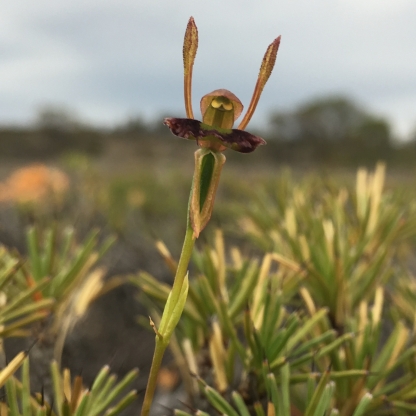 Arrived home in the dark but it was an enjoyable 2 day trek home, after spending 2 glorious weeks visiting family and friends.

Everything must be in 2’s, as we only found 2 Orchid species, one of which had 2 subspecies as well.