Quick visit to Dempster Head ( Mud Map SE 34 ) to check on the progress o the orchids found last visit and to see if anything new has popped it’s head up. First batch of round leaves had buds growing but nothing in full flower. From the buds they will be a Cyrtostylis species. Found the spot where the Mosquito orchid (Cyrtostylis robusta) was last time and on the other side of the bush I found some better specimens. 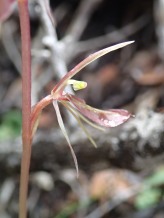 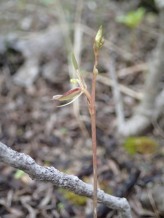 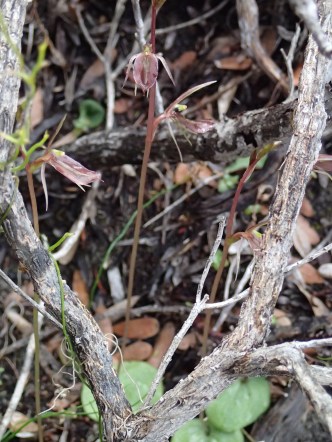 Grouping of 3 in flower

The shell orchid found partially out was located now fully in bloom and confirmed to be a Curled-tongue shell orchid (Pterostylis rogersii) with a few more partially formed neighbours. I then took into the bush on a wider inspection of the area in the hope of finding something new. Found more shell and mosquito orchids and a large area of what appears to be Rabbit orchid leaves. 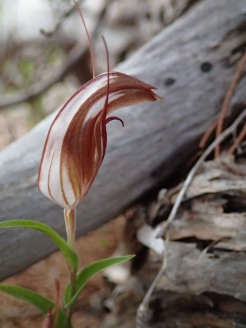 One of the new neighbours 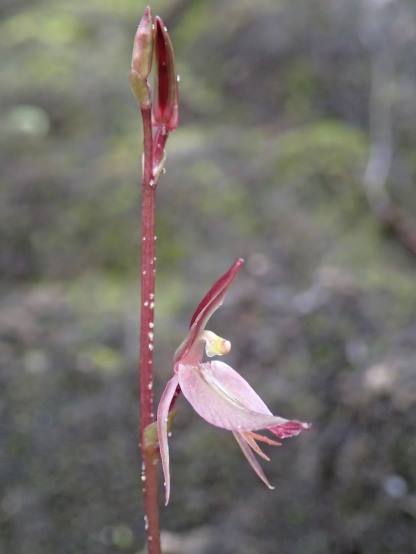 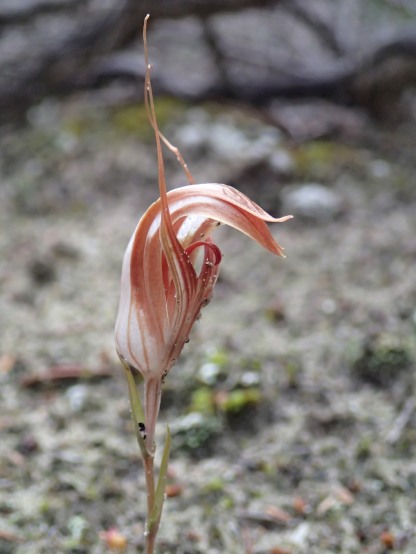 Almost forgot to check on the Eastern granite snail orchid (Pterostylis sp. ‘miniature’ ) to see if he had any buddies yet. Located him and he happened to have one new friend. Nothing new found today so will re-visit in a few weeks to see what can be found as there were many leaves of what appear to be Diuris and Caladenia species. 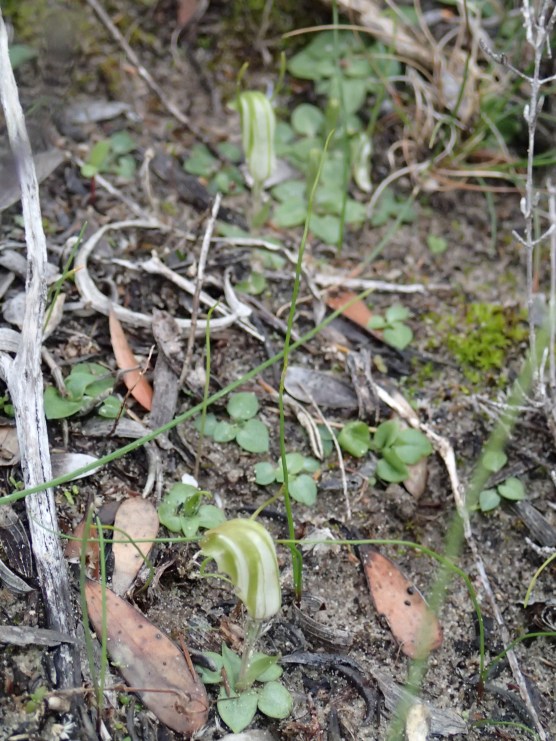