A cold n wet morning greets us at the Munglinup Beach Caravan Park. First point of call after checkout is the Munglinup Beach camping ground.(Mud Map SE33) As would be expected the place was empty so we made our way around the fence into the scrub below the consolidated dunes to look for orchids. Many many roundish ground hugging leaves are found but none are in bud let alone flower. Then Deb calls me over as she has found some Shell orchids, yay. Unlike yesterdays orchids these have their tongues hanging out, or to be correct their labellum. This orchid is a Curled-tongue shell orchid (Pterostylis rogersii) which ranges from Binninup to Esperance and flowers June to August. 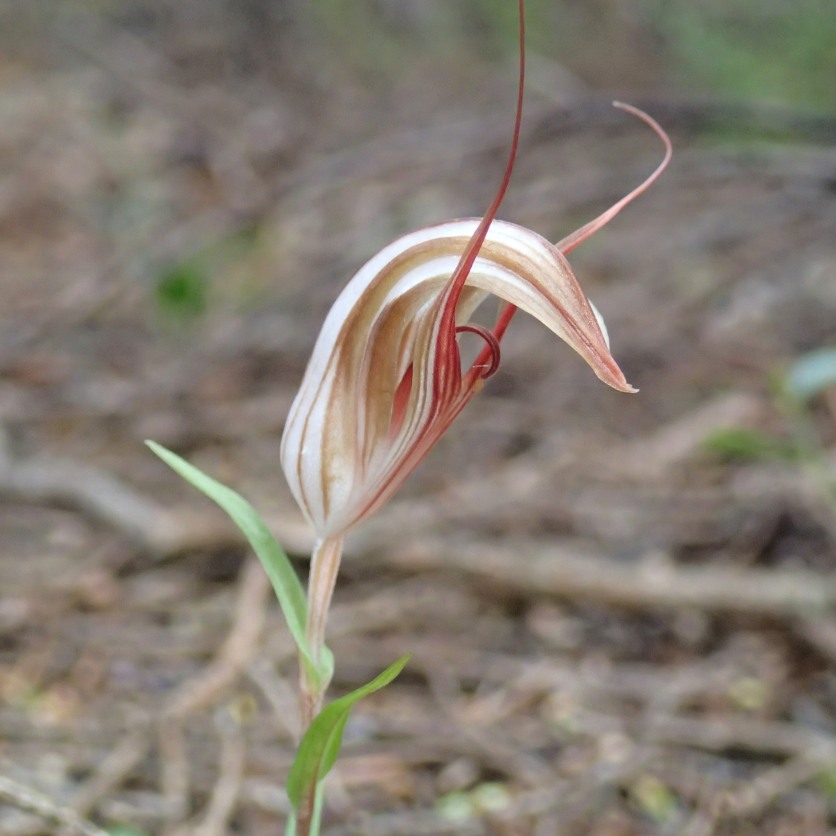 First one found by Deb

Taken with a flash

We found many more shell orchids here and at the other beach access point further east. Near the camping ground we ventured across some snail orchids. The Lort River snail orchid (Pterostylis sp. ‘south coast clubbed sepals’) is a possible match. From all accounts the season is early following the floods in February, so even though it is listed as flowering from August to September in the area from Boxwood Hill to Israelite Bay, I am happy to be naming it so. 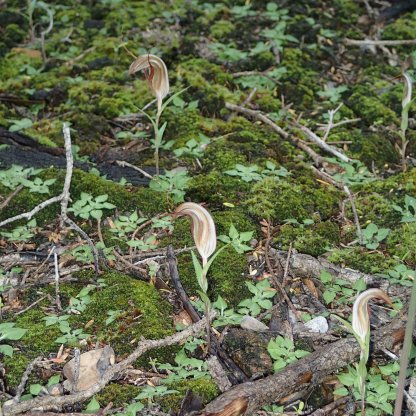 Trio in a field of rosettes and moss 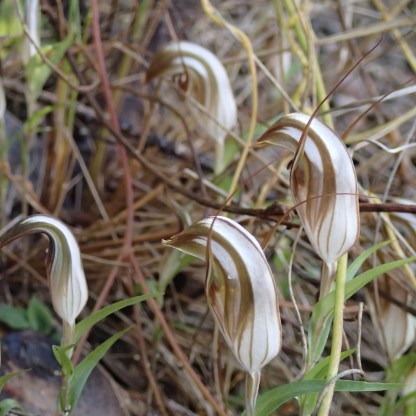 Final one for the day at the camping ground 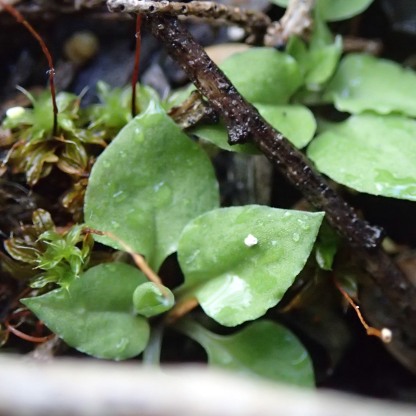 Rosette of the snail orchid leaves 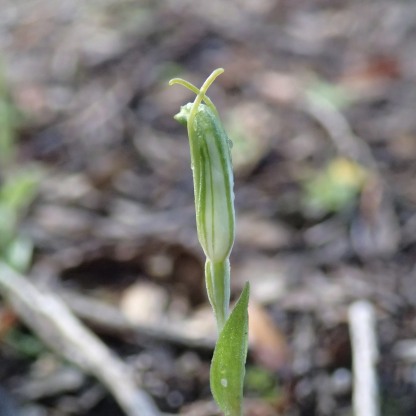 Back view showing this flower 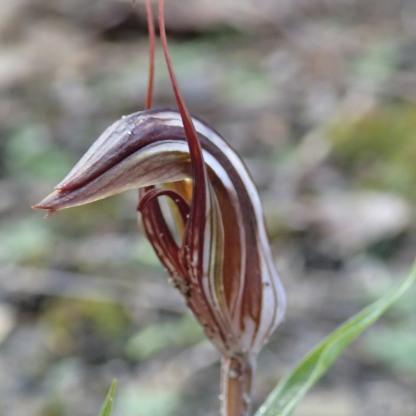 Final shell for the day 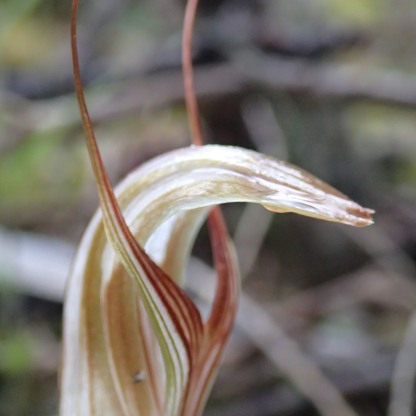 We then moved on to the track leading from the Information Bay to the Oldfield River estuary. First sighting was a spent Hunched leek orchid (Prasophyllum parvifolium) with Dark banded greenhoods (Pterostylis sanguinea) nearby. Only more greenhoods were found so we headed homewards.

Single one on the other side of the track 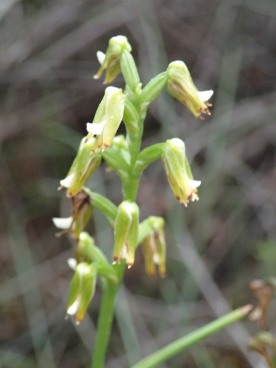 Just alongside the track

Lunch was eaten at Stokes Inlet National Park and then quickly looked around for orchids but only found some greenhoods (no photos) and Hare leaves and caladenia leaves.

All in all it was a fruitful 300km weekend with 8 orchid species found albeit two were past their best but still identifiable.