Today we head east along Fisheries Road to turn north at Coolinup Road for our first exploration out Condingup way for this season. Our first stop at the small granite outcrop on the side of the road proved flowerless, however spent bunny orchids and leaves of orchids yet to flower were found. Maybe next visit will prove more successful. Next we check out the track  (Mud Map SE 38) however the verges had recently been slashed so nothing found. We move on further north to a gravel pit to have a bite of lunch whilst walking around. Again no surprises found. Well onwards to a location that proved successful last season to see if anything can be found.

Thank goodness we find something in flower. Albeit a little past their prime. A snail orchid, species unknown and a Hare orchid seem to be all we can find so I take a photo just to show we actually found something. 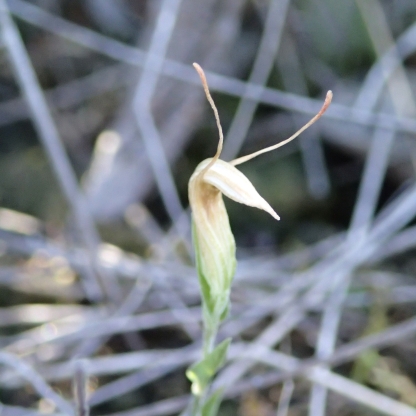 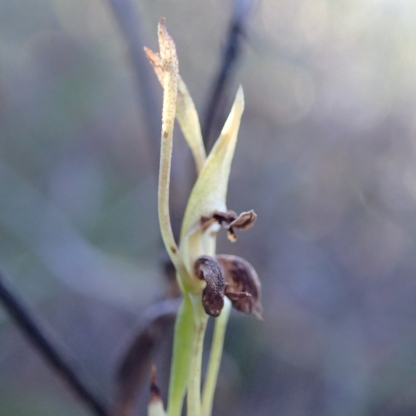 However, ever the optimists, we keep looking and woo hoo a new species for the season is found. Autumn leek orchid (Prasophyllum parvifolium), which flowers June to August in a range from Eneabba to Mt Ragged. 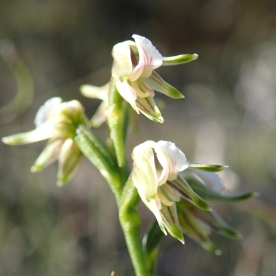 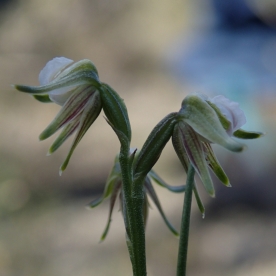 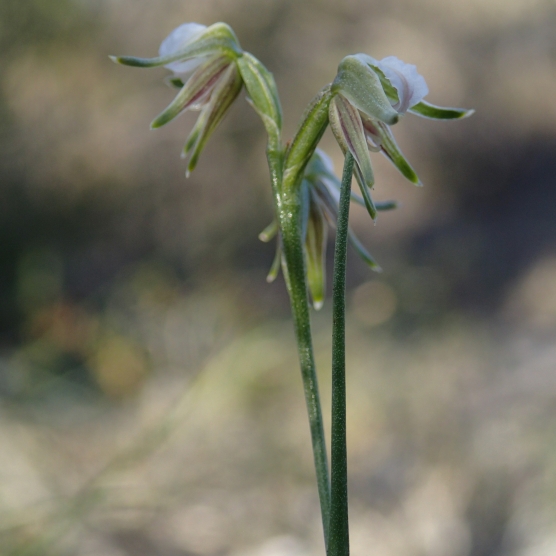 Reinvigorated we continue our search. Next up we find some Banded greenhoods (Pterostylis vittata) 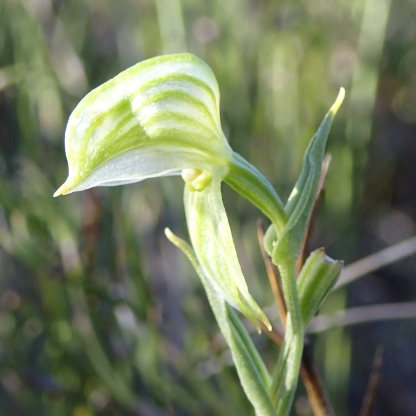 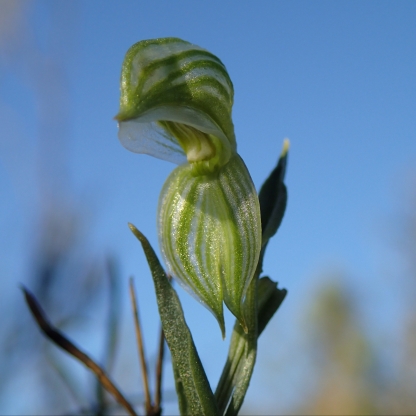 Then we find another leek orchid, Scented autumn leek orchid (Prasophyllum sp. ‘early’) which flowers April to June in a range from Bunbury to Israelite Bay. As the name suggests these flower earlier than the related Autumn leek orchid and also do not have the red colouring. 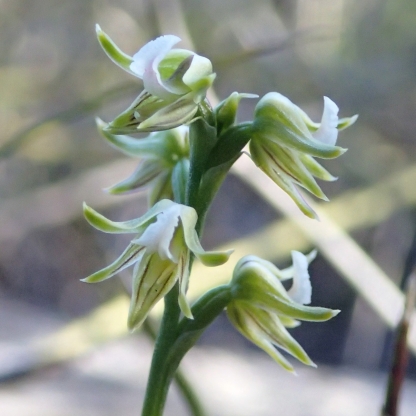 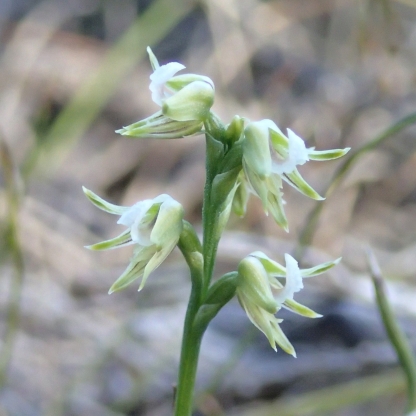 Its now after 3pm so we make tracks back to the Triton, however on our way back we find some more Banded greenhoods so just had to get some more shots. 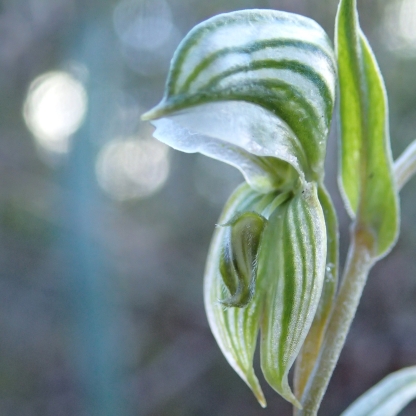 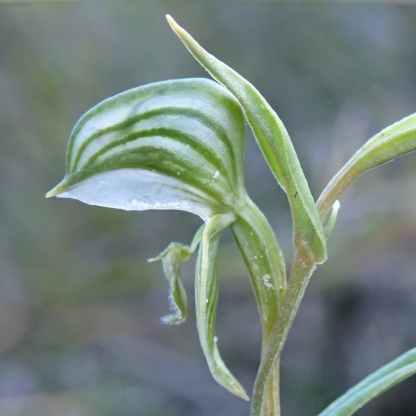 We pull into our abandoned picnic area on Merivale Road, grab a piece of fruit and go exploring.  Nothing found until we get onto the granite outcrop to the west of the picnic site. Deb finds a small bunny orchid. Scattered specimens found which appear to be the Granite bunny orchid (Eriochilus pulchellus) as these flower April to May in a range from the Darling Range to Balladonia in 3 separate areas. Esperance to Balladonia being one of these specific locations. 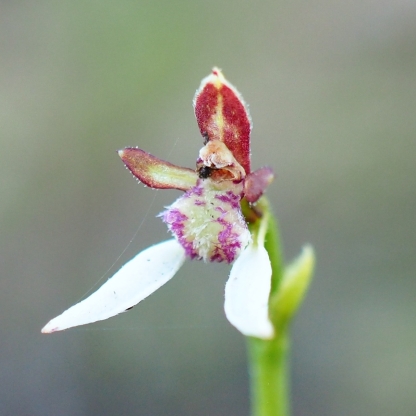 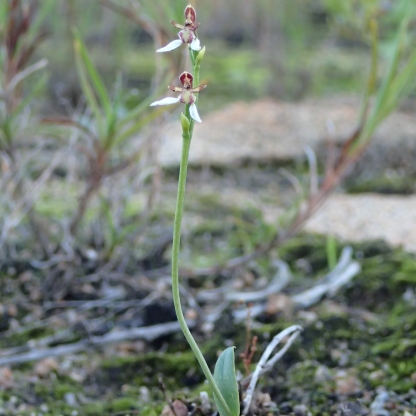 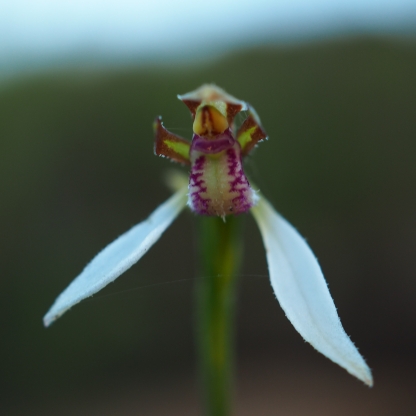 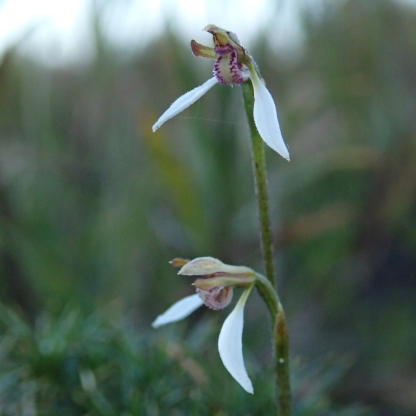 Up to 10 colourful flowers 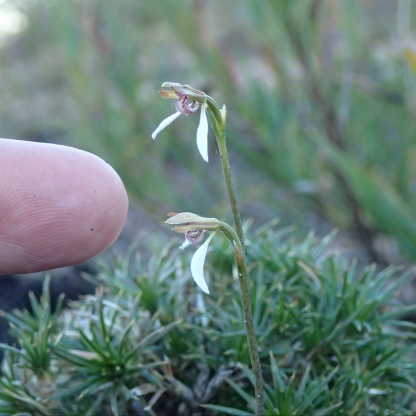 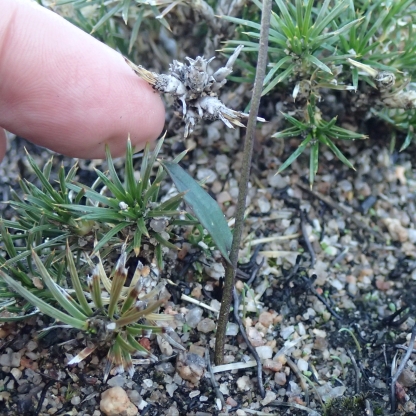 It is now after 4.30pm so we make tracks back to the Triton. Deb finds a snail orchid so we attempt to get some shots in the fading light. Unable to distinguish the species of this orchid due to lack of rosette, 3 stems leaves and thin appearance. 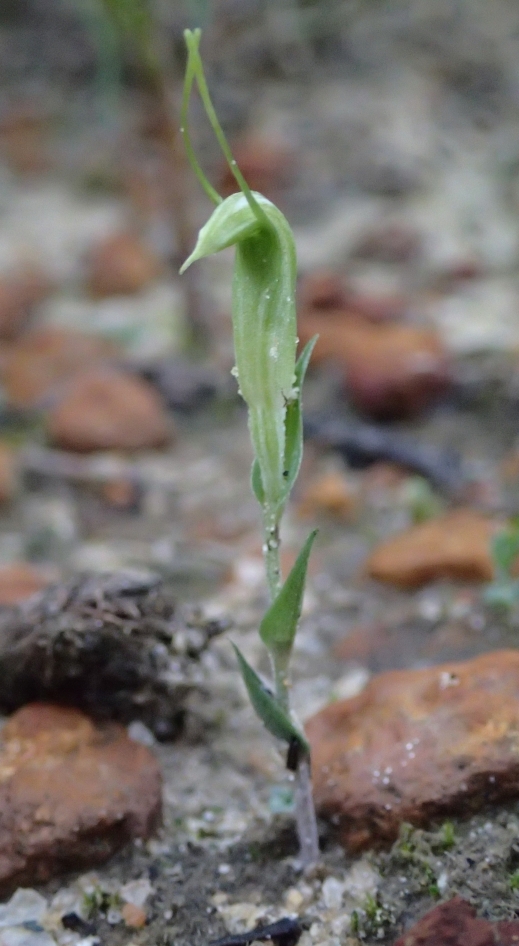 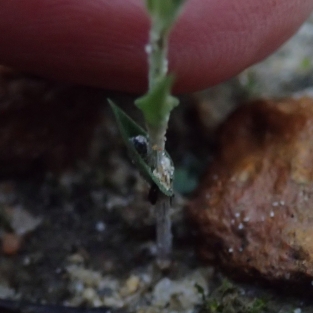 No rosette this flower 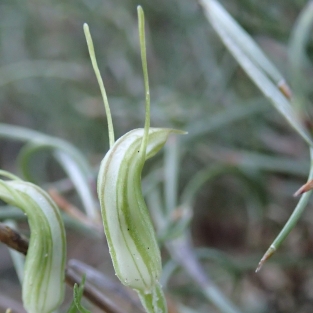 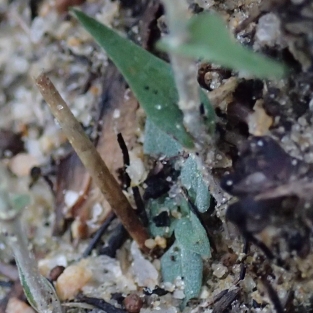 4 names species found so proved quite a successful day out. Tomorrow we plan to head West to see what is flowering out that way.