After our eventful trip along the Holland Track going back to everyday life is hard. Today though we get to babysit our grandson Oliver (Ollie) whilst his parents have a photoshoot.

Location for the photoshoot is Helms Arboretum, so we may as well kill 2 birds with 1 stone. Orchid hunting, then babysitting, then more orchid hunting. Sound like a plan.

The arboretum (Mud Map SE 35) will always produce the goods. The question is will it produce any surprises.

Just through the gates, we take the first track to the left and immediately we spy orchids. We had to be careful getting out of the Triton as there we Zebra orchids (Caladenia cairnsiana) growing right near the wheel tracks. These little orchids are found from Esperance to Lancelin growing August to November. 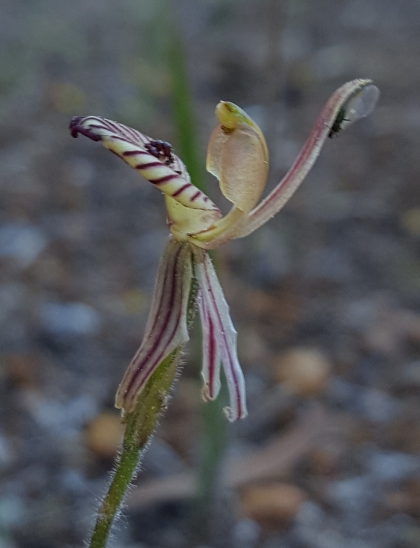 Petals and lateral sepals appear to clasp the ovary

Larger orchids from the Caladenia genus were found on both sides of the track. The large orchids are none other than the Esperance king spider orchid (Caladenia decora) which flowers August to October in a small range from Bremer Bay to Cape Arid. Colours range from mostly red to greenish yellow and everything in between. 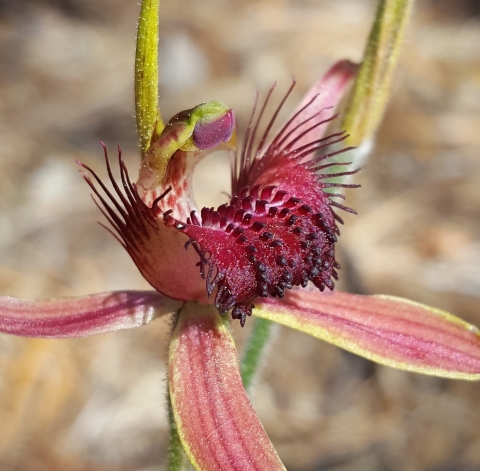 Long marginal teeth to the labellum 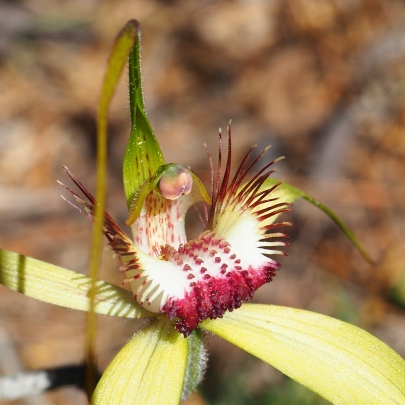 Rows of calli very clear in this photo 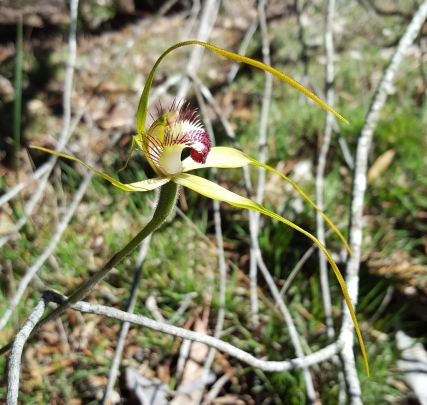 The final find before moving on to our babysitting duties was the small yellow Common Bee orchid (Diuris decrementa) which is found September to October in a large range from Gingin to Israelite Bay. 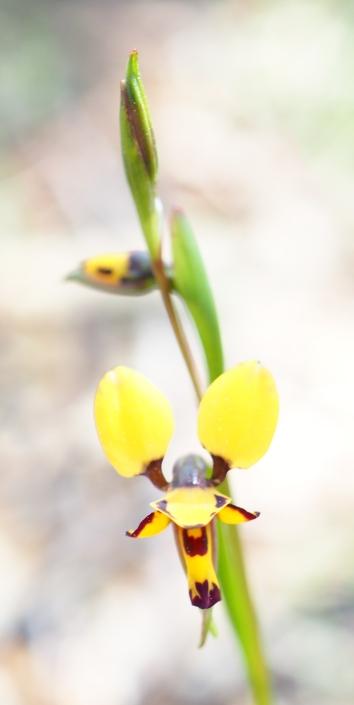 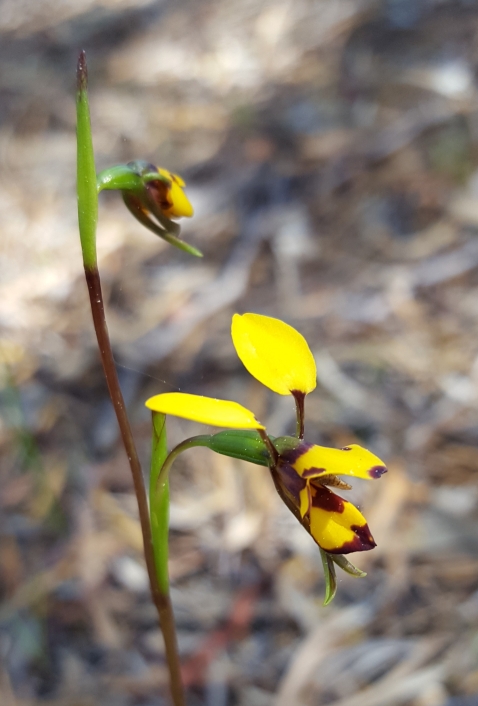 For the next 2 hours we look after Ollie, so Jace and Amber can get some classic photos prior to the arrival of their daughter, who is due within weeks. 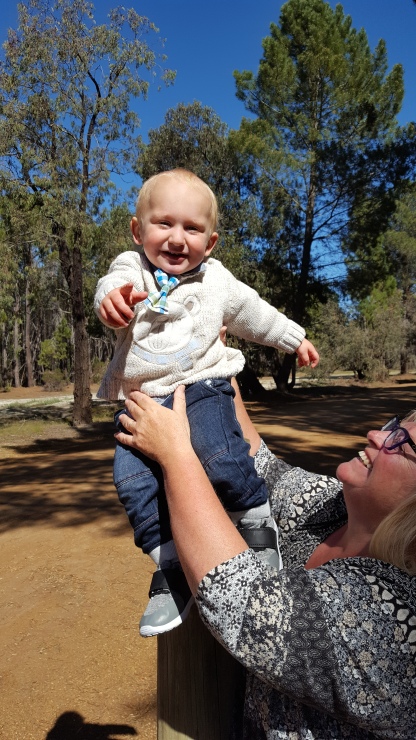 Nana helping him sit on a pole

Photoshoot over, so we say our goodbyes to the little family and continue with our orchid hunt. However to ensure we increase our chances of finding something different we decide to move onto our Myrup location.

First orchids found were more Esperance king spider orchids, with many  in clusters. Variable in colour again, but oh so impressive.

Such variability in colour

Also found was the wonderful Cowslip orchid (Caladenia flava subsp. flava) which flowers over a huge range from north of Geraldton to Israelite Bay. There is great variability in the shape of these orchids and the amount and type of red markings. 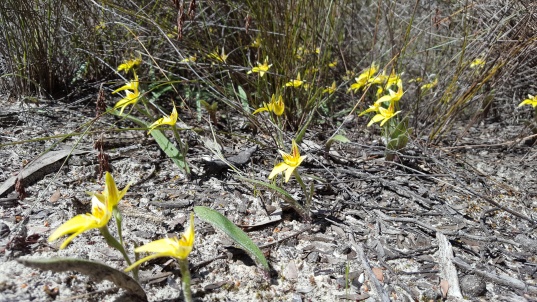 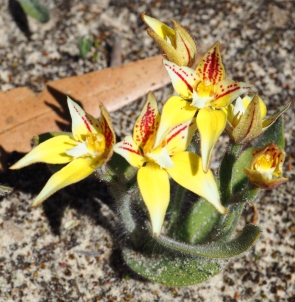 Similar length to petals and sepals, however lateral sepals wider.

Pushing into the tea tree thicket we stumbled across a duo of another Caladenia genus orchid. This time it is a Short-sepalled spider orchid (Caladenia brevisura) which is found between Borden and Israelite Bay during the months August to October. 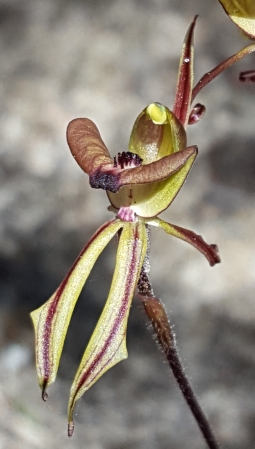 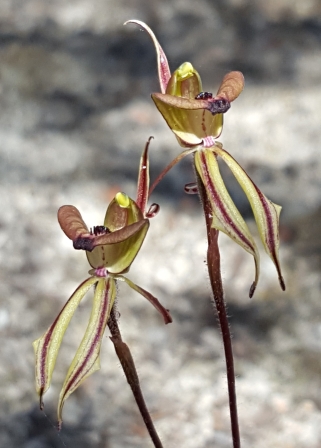 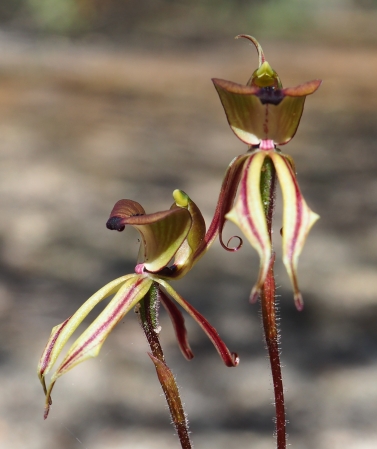 Broad labellum, folded in the middle

Then to our surprise we find a little Purple enamel orchid (Elythranthera brunonis) nearby. These guys flower August to October as well, though over a much larger range. Kalbarri to Israelite Bay in fact. 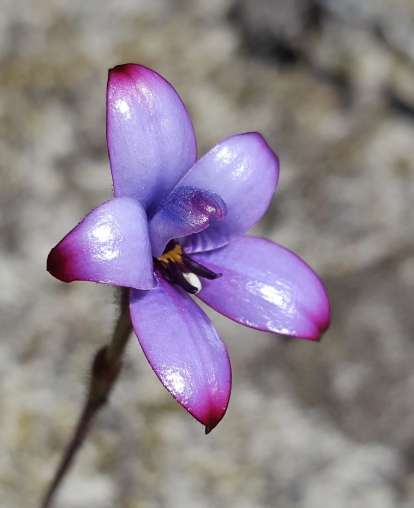 At the base of the labellum there are two erect, fleshy calli about 4 mm (0.2 in) high with yellow bases and black or dark purple tips.

Then the final new orchid for the day is found. Appears to be the Western wispy spider orchid (Caladenia microchila) which flowers August & September in an easterly range from Hyden to Israelite Bay. 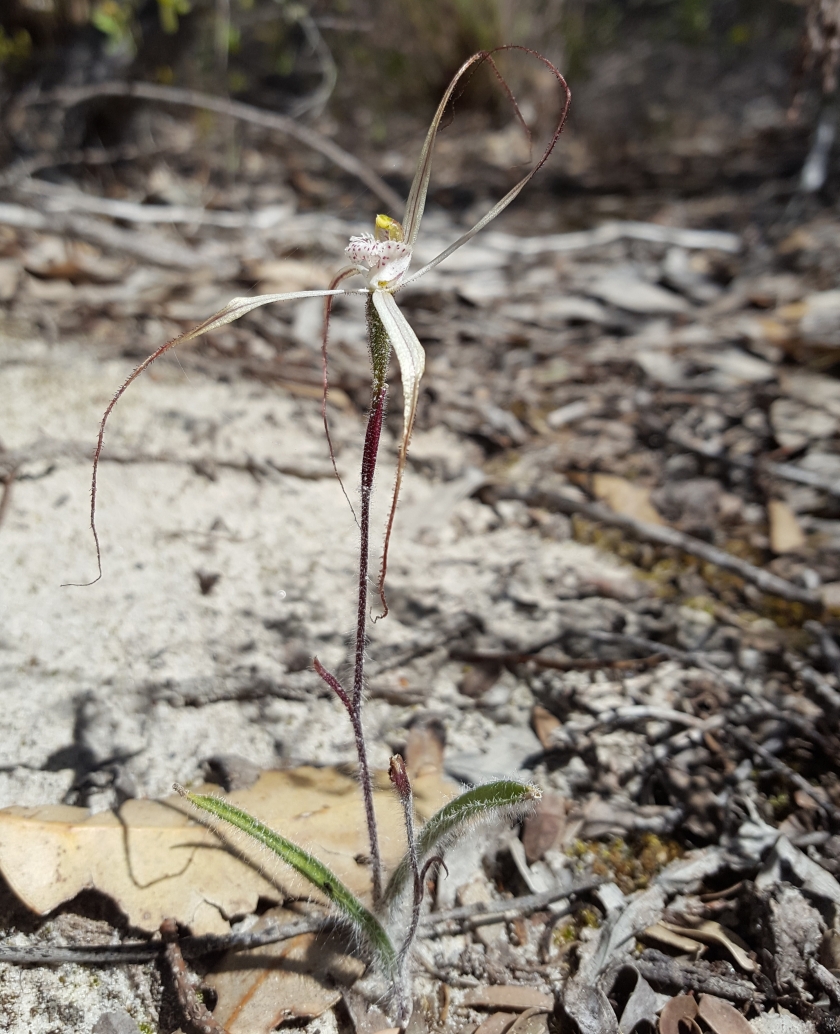 There are so many Esperance king spider orchids in flower. To enable this to be appreciated I took a short video looking around.

Also took some more photos of other orchids found. Previously mentioned in this post so will just let you enjoy some more orchids.

Profile of a Zebra orchi

Seven species located today so all in all it was a successful day hunting. The Esperance region certainly is Excellent.